(1)
Facts About The Human Body 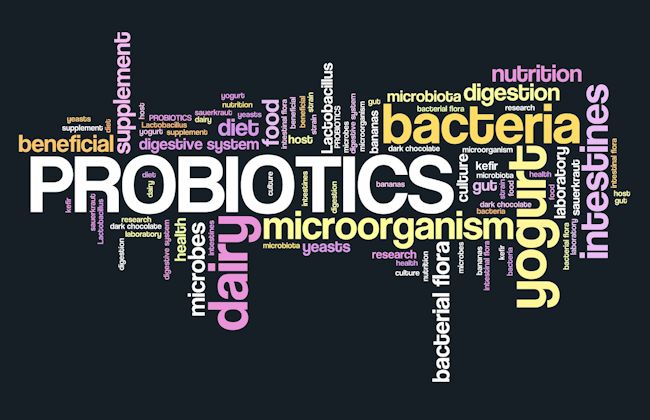 What are Probiotics? They are live bacteria’s and yeasts that are good for your health. We usually think of bacteria as something that causes diseases. But your body is full of bacteria. Probiotics are often called "good" or "helpful" bacteria because they help keep your gut healthy. The root of the word probiotic comes from the Greek word “pro” meaning “promoting” and “biotic” meaning "life".

The discovery of probiotics came about in the early 20th century, when Elie Metchnikoff, also known as the "Father of Probiotics" had observed that rural dwellers in Bulgaria lived to very old ages despite extreme poverty and harsh climate. He theorized that health could be enhanced, and senility and dementia could be delayed by manipulating the intestinal micro-biome with host-friendly bacteria found in sour milk.

BACTERIA IN THE GUT

Our gut contains tens of trillions of bacteria.

Human gut flora contains friendly and harmful bacteria. The metabolic products of friendly bacteria (probiotic) such as lactic acid and acetic acid can inhibit the growth of harmful bacteria and confer health benefits on the host. Probiotics are ingested for their purported positive advantages in the digestive tract and, or systemic areas like the liver, vagina, or bloodstream.

For example, neutralization of toxins, increase of the immune response antimutagenic, which reduces the rate of mutation and anticarcinogenic activities, reduction of cholesterol levels, control of diarrhoea, alleviation of lactose intolerance, and inflammatory bowel diseases.

What are the benefits? 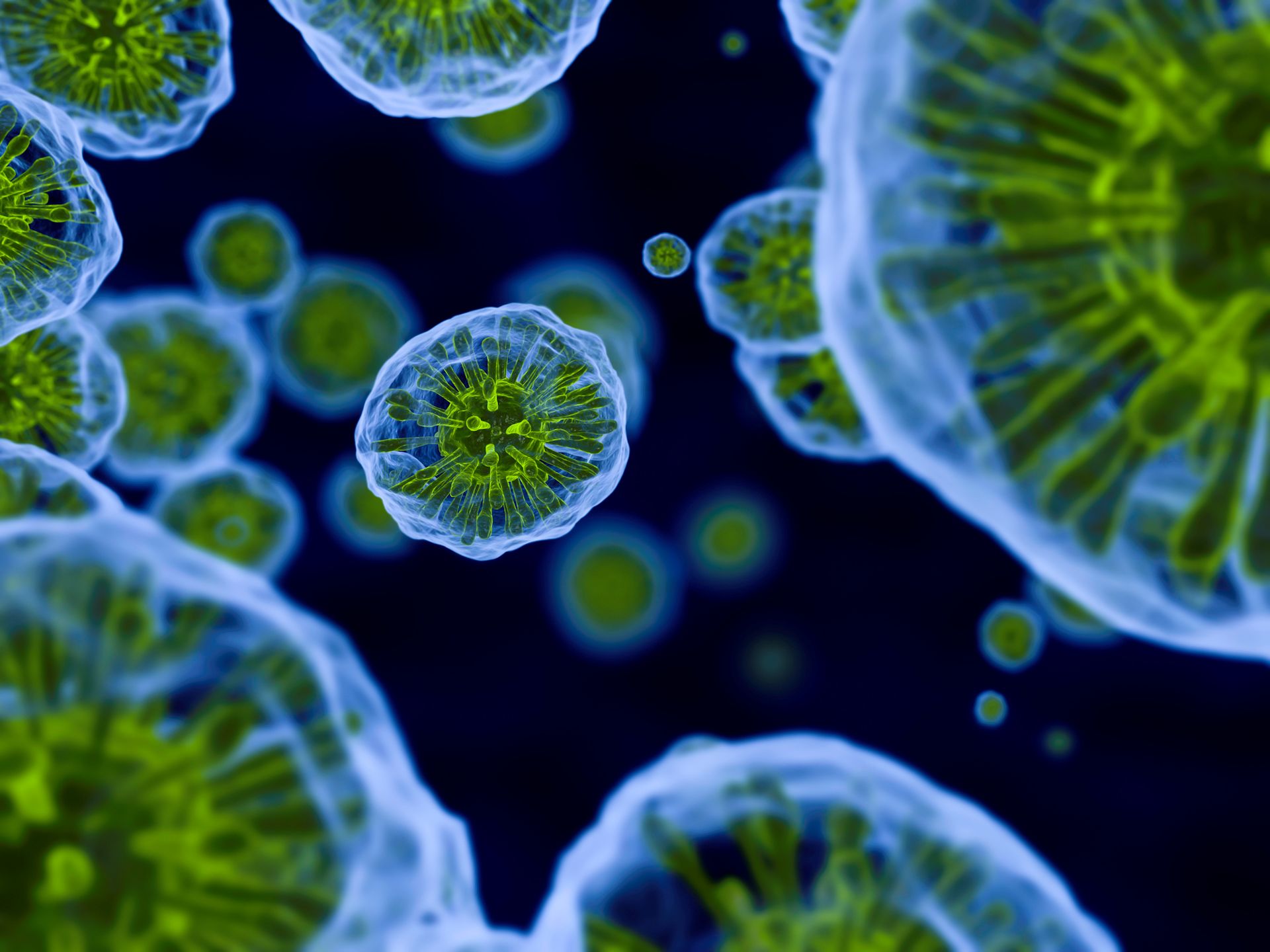 What are the benefits? The strongest evidence to date finds that probiotic benefits include:

New studies are underway may soon prove that probiotics can:

Probiotics are live bacteria that are good for health, especially digestive system. Probiotics are called "helpful" bacteria because they help keep our gut healthy.

Probiotics are “good” bacteria that help keep your digestive system healthy by controlling growth of harmful bacteria. This is achieved by decreasing the number of "bad" bacteria in your gut that can cause infections or inflammation and restoring the body's "good" versus "bad" bacterial balance, which then helps to keep your body functioning properly.

What are Probiotic foods? They are foods that contain live and active bacterial cultures. Probiotic foods also have benefit to the process of fermentation. Probiotics are widely used to prepare fermented dairy products such as yogurt or freeze-dried cultures. During fermentation, carbohydrates in the food are broken down into acids by various kinds of probiotic bacteria and/or yeast. 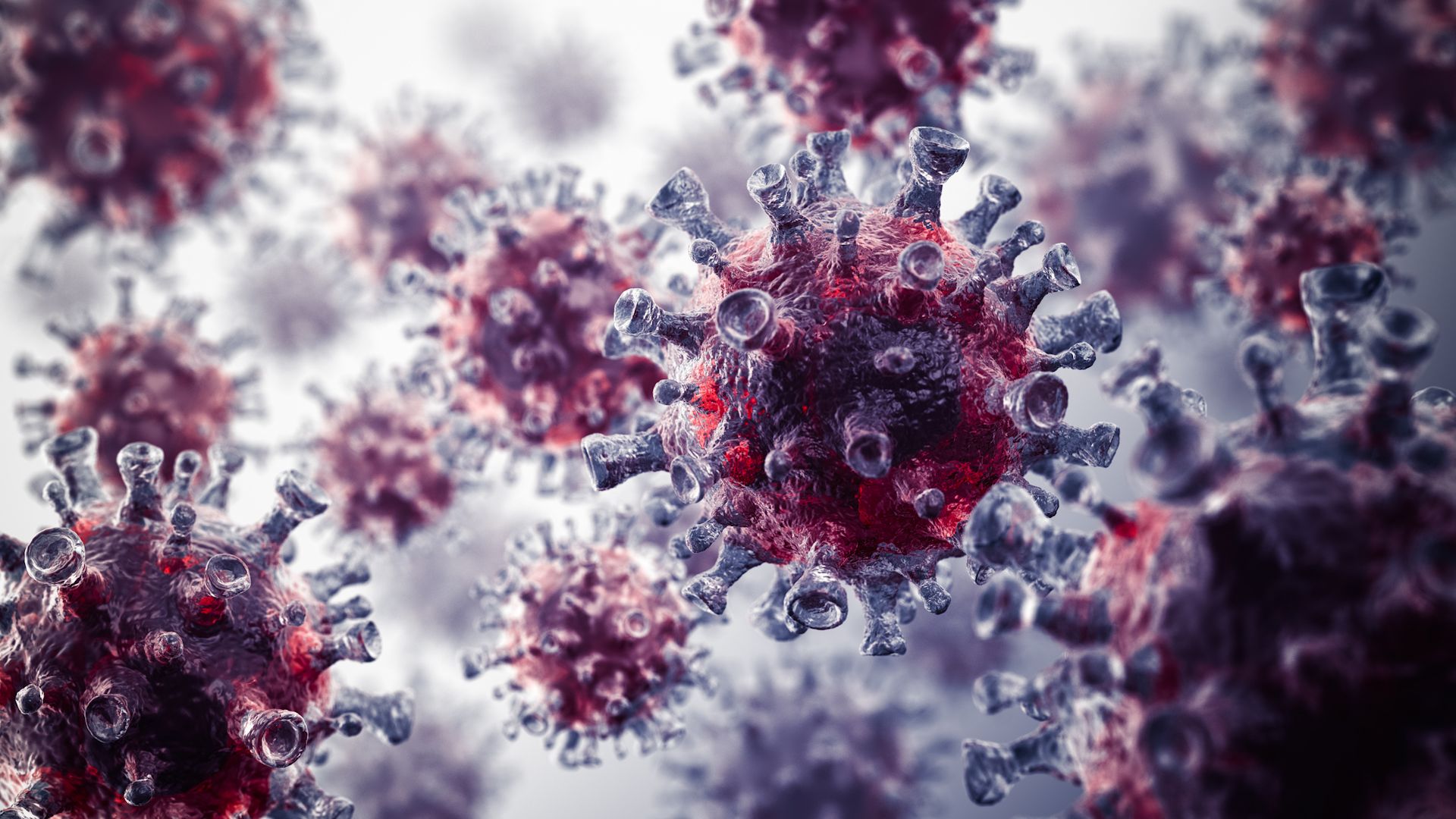 Prebiotics are fibres taken into the body’s digestive system, however unlike regular food, fibres can’t be absorbed or broken down into proteins, fats etc. Fibres are an important source of food for Probiotics.

Prebiotics are usually in the form of Oligosaccharides, which are complex Carbohydrates, they may occur naturally but can also be added as dietary supplements to foods, beverages, and infant formula. Chicory root is considered the richest natural source. Prebiotics are considered functional foods, so-called because they provide health benefits that go beyond basic nutrition. Although they are also available in supplement form, prebiotics occur naturally in many common foods with high fiber content.

Synbiotics are formed when probiotics and prebiotics are combined, fermented dairy products, such as yogurt and kefir, are considered synbiotic because they contain live bacteria and the fuel they need to thrive.

Gastroenterology is the branch of medicine focused on the digestive system and its disorders, covering normal function and diseases of the esophagus, stomach, small intestine, colon and rectum, bile ducts and liver, pancreas and gallbladder, Gastroenterology is popularly known as the abbreviation (GI) which stands for gastrointestinal. Diseases affecting the gastrointestinal tract include the organs from mouth to anus, along the alimentary canal. Gastrointestinal (GI) symptoms such as heartburn, indigestion, also referred to as dyspepsia. Bloating and constipation are also common conditions.

Toxins can be produced by micro-organisms, such as bacteria and fungi. These toxins promote infection and disease by directly damaging host tissues and by disabling the immune system. Bacterial toxins are exotoxins and endotoxins. Endotoxins are cell-associated substances that are structural components of bacteria. Most endotoxins are in the cell envelope. Exotoxins are usually secreted by bacteria and act at a site removed from bacterial growth.

Food fibre is also known as roughage. It is the indigestible part of plant foods that pushes through our digestive system, absorbing water along the way and easing bowel movements. Fibre is of vital importance to digestion; it helps the body move food through the digestive tract, reduces serum cholesterol, and contributes to disease protection.

Probiotics are considered safe for healthy people, however, if they occur, side effects tend to be mild and digestive (such as gas or bloating). Probiotics might cause infections, especially in people with underlying health conditions, these may require treatment with antibiotics.

What are the benefits of probiotics. Probiotics are full of good live bacteria, Lactobacillus which is a type of bacteria, and possibly the most common, you’ll find lactobacillus in fermented foods and yogurts which help improve digestion and help build Immunity. Probiotics also help to lower blood pressure. When people take antibiotics to treat different conditions and fight infection, antibiotics can also kill the good bacteria in your gut. Probiotics can help replace them.

Probiotics may assist in lowering high blood pressure, as explained in other sections of this website, it’s a combination of more than one thing that will assist in lowering blood pressure, from the research I’ve carried out regarding probiotics, in my opinion taking probiotics is beneficial to a healthy lifestyle. Probiotics may assist to recolonize the gut if any of the conditions listed below are applicable in any way.

You are what you eat 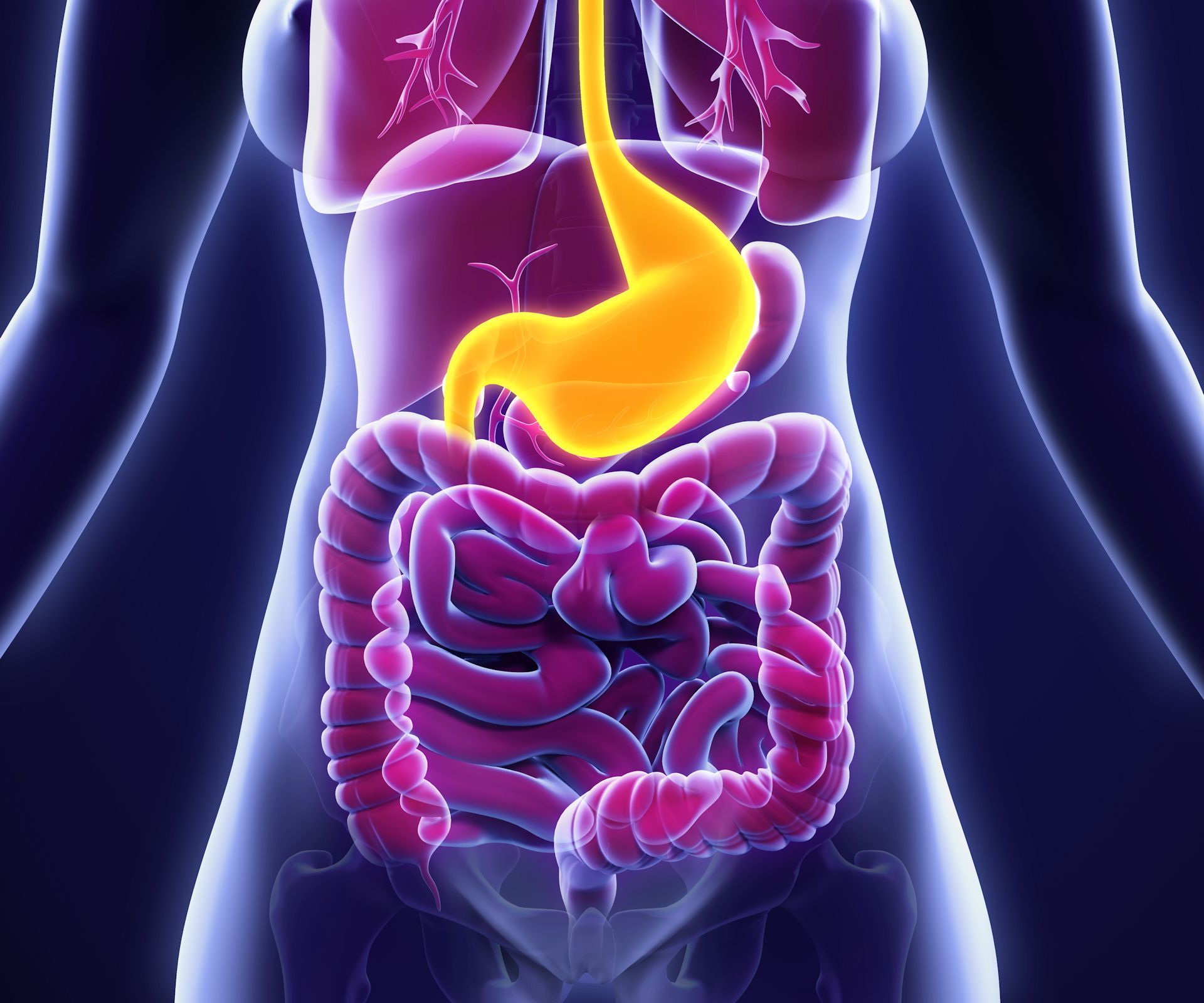 You are what you eat is a term often mentioned, the term can be related to many subjects concerning food, however whatever thoughts people have about food, it all ultimately relates to the digestive system which starts at the mouth and ends at the anus. For interest only, I’ve detailed the journey food takes as it moves through the body, and what happens as you eat your favourite meal:

Food starts its journey at the mouth, the food you swallow is stopped from going down the windpipe by a small flap of tissue called the epiglottis, food continues its journey down the oesophagus, the function and process of moving food through the oesophagus is an automatic function of the brain.

Once food enters the stomach, muscles within the stomach mix food and liquids with gastric fluids, which enzyme (the main enzyme is pepsin) and hydrochloric. It's the acid stomach etc. it’s the acids and enzymes in the stomach that break the food down. The mixed food, is now a thick liquid called chyme that moves into the small intestine.

At this point I realised there are different words referring to the journey from the stomach to the anus, some of which relate to the same organ. For those, who like me, don’t have a medical background, the following information may be interesting before reading more about the journey food takes through the human body.

The small intestine which takes food from the stomach consists of three parts, the duodenum (around 12”/30cm long), the jejunum (around 98"/250cm long) and the ileum (118"/300cm). The liver, also known as the biliary system, secrete bile into the small intestine/bowel. Bile assists in the absorption of fats and fat soluble substances such as vitamins A, D, E and K.

This thick liquid (Chyme) which is food that looks like it’s been through a blender, is mixed with digestive juices secreted from the liver, pancreas and intestine. During it’s journey the walls of the small intestine absorb nutrients of food and water into the bloodstream which provides nutrients to maintain life.

Should the small intestine/small bowel, which is responsible for providing the life sustaining nutrients into the bloodstream become diseased and fails, the body still needs nutrients to survive, to maintain life, nutrients need to be put directly into the bloodstream, this is referred to as total parenteral nutrition, abbreviated as TPN.

Let’s now look at some of the things that can upset the action and healthy working of our gut.

Antibiotics are lifesaving drugs that fight infection allowing people to recover from many serious conditions. Antibiotics work by killing off bacteria in parts of the human body.

Unfortunately, antibiotics cannot distinguish between good and bad bacteria, antibiotics kill bacteria in the gut and other parts of the human body.

Even just one course of antibiotics can change the bacteria in your gut, some research has shown the side effects of antibiotics in some patients can last up to five years. In most cases the balance of bacteria in the gut starts to return to some normality shortly after.

People taking a course of antibiotics may wish to consider taking probiotics before and after a course of antibiotics. Please note, science reports probiotics have a good safety record for healthy people. However, there have also been reports of serious reactions, including infections and other conditions. Before taking probiotics or supplements, a discussion with your doctor or health professional could avoid any unknown reactions. 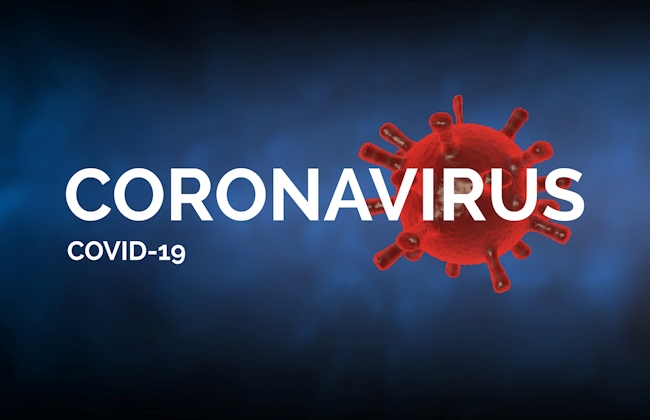 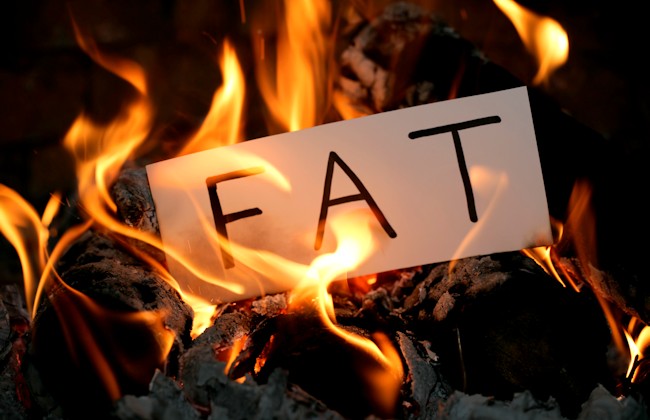 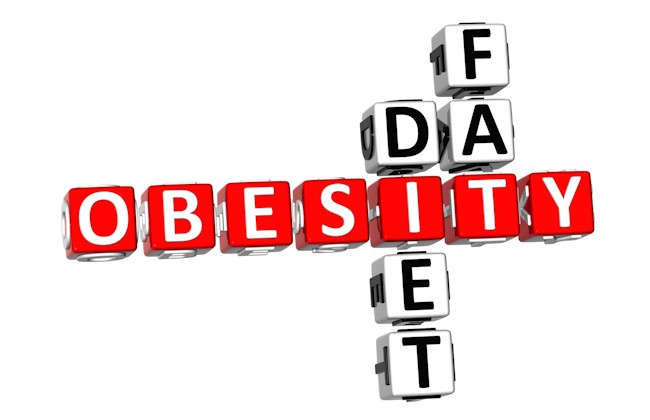